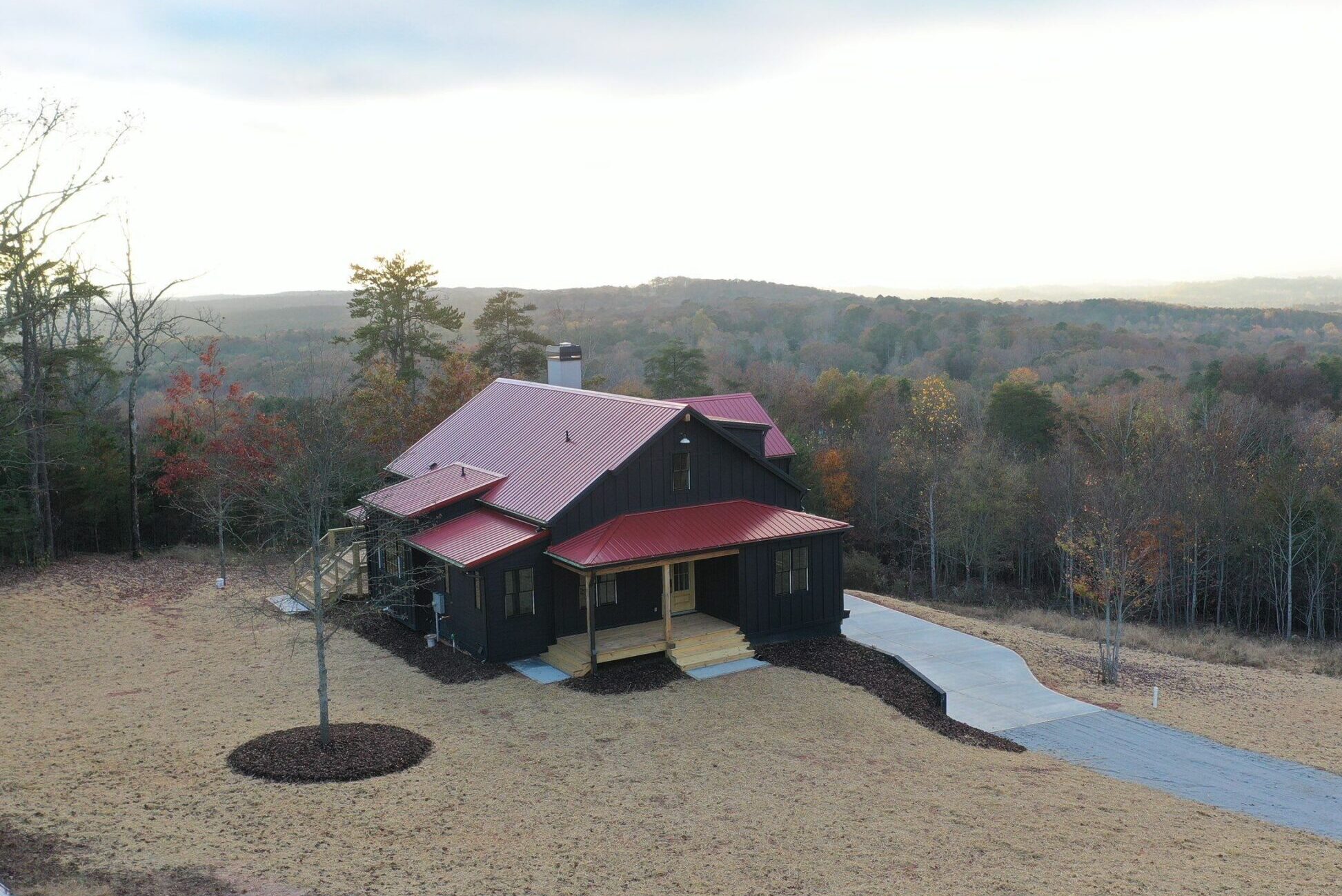 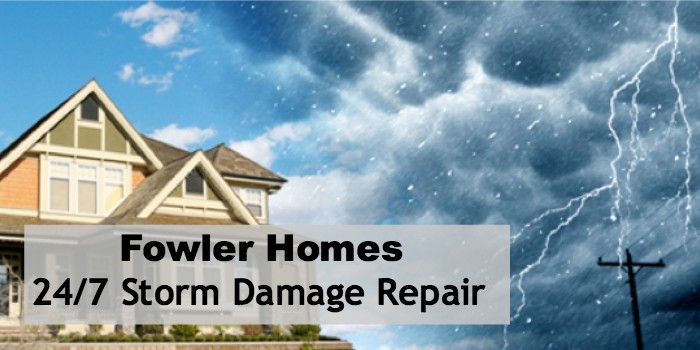 A common roof repair job Atlanta area homeowners call us about is related to issues with their chimney.  Perhaps you have experienced a roof leak yourself due to flashing issues around your chimney. Those ugly brown stains on your ceiling that show up after a hard rain are usually the first signs of a leaky roof .  This article will go over three different reasons chimneys often leak as well as a recent roof repair Fowler Homes completed.

Flashing is typically a piece of metal that is used around roof penetrations such as chimneys or at roof to wall transitions.  Flashing is a detail-oriented part of your roofing system, and when you get those details wrong, you will eventually need to have your roof repaired.  Many contractors think the best way to solve deficiencies in their roofing is to use generous amounts of caulking. However, this method only hides the problem until the contractor is long gone, putting the burden of properly repairing your roof on you.

As a temporary repair, it is okay to use caulking around your chimney. However, the caulking will only mask the problem and will most likely add to the cost of a proper repair in the future.

Roof Repair Due To Missing Cricket

In many of Atlanta’s older neighborhoods such as Grant Park or East Atlanta, it is very common to find homes that do not have a cricket behind the chimney.  Crickets are small structures behind chimneys that divert water to either side of the chimney.  Up until the 80’s, crickets were not part of the building code for Atlanta roofs, so roofers often left them off.

While we always like to offer homeowners different solutions when repairing their roof leak, there is really only one solution when your home is lacking a chimney cricket, and that is to have one installed.

TIP:  As most homeowners aren’t likely to climb up ladders to inspect their roof repair, some less scrupulous roofing contractors will do things such as leave off flashing details.  Make sure the company you hire takes before and after photos of their work.

Leaks Due To Rotted Siding

During the early 90’s, Louisiana Pacific made a common siding product that was often installed on Atlanta area homes.  One very huge class action lawsuit and thousands of affected homes later, the product is no longer used.  However, in its wake, homes all across Atlanta, especially in the northern suburbs such as Marietta and Kennesaw, were left with failed siding.  This is particularly problematic around chimneys where siding works in conjunction with the roof flashing to keep water out of your home.  When your siding rots above your roof line, it allows water to get behind your roof flashing and into your home.  While siding isn’t actually part of your roof system, I have included it here because homeowners often call us for a roof repair that is actually just bad siding.

I realize that for many people the exact reason that their roof is leaking doesn’t really concern them; they just want a solution.  However, having a basic understanding of what may be causing your roof leak will hopefully help you when comparing prices and options to have your roof repaired.

Earlier this year, a homeowner called Fowler Homes about a persistent roof leak that he had been experiencing behind his chimney.  After inspecting the roof, it was obvious that the problem was a flashing issue.  The original roofer had not only installed the flashing incorrectly, but also they used a metal that corroded in less than five years. 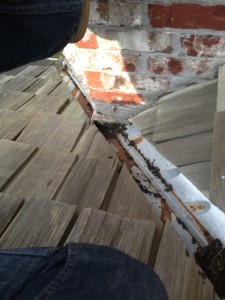 The first step to any good roof repair is to get rid of the existing roofing.  Sometimes contractors opt to leave the old flashing and install new flashing over the top. Even though this procedure might save a small amount of time and money, we like to always start with a clean roof deck. 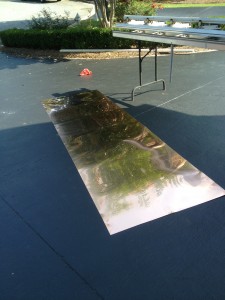 Steel is an economical choice for flashing details, but over time it is prone to rusting when left exposed to the elements.  For this roof repair, Fowler Homes chose to go with copper.  While much more expensive (this small sheet cost over $300.00 vs $40 that we would have spent on steel), it will last the lifetime of the roofing system without needing to be replaced.

Instead of putting the wood shingles back on the cricket and flashing the valleys as the previous roofing contractor had done, we opted to cover the entire cricket with one piece of copper.  The advantage to this method was fewer openings for water to get behind the valley flashing.

After the old flashing was replaced, we finished the roof repair by installing a leak barrier and new wood shingles to shed water onto the flashing and into the gutters.  After a summer of intense rains in Atlanta, the home is still dry.

If your Atlanta area home is leaking, give us a call today. One of our trained inspectors will come out to look at your problem and offer you different solutions on how to repair your roof.  If it’s an emergency call us now at 770-744-5992.  You can also contact us by completing our form here.